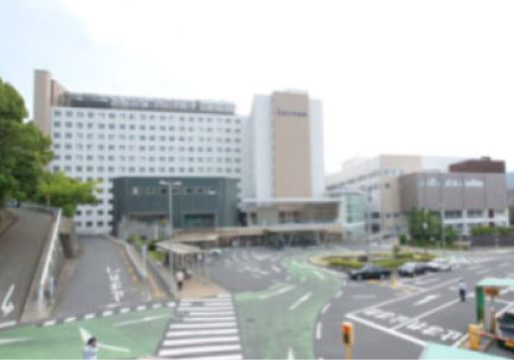 Specifically, our goal is to raise the profile of our activities in international medicine, which include: 1) inbound medicine (examination and treatment of non-Japanese patients, particularly in fields such as advanced medicine, radiation exposure medicine, and infectious diseases); 2) outbound medicine (exporting the hospital’s medical skills and technology); 3) international medical cooperation; 4) accepting medical professionals from overseas for education and training; and 5) educating medical students from partner universities. We are an advanced medical facility and these activities are unrelated to those included in medical tourism, such as health screenings.

While each department will be responsible for education and patient examination and treatment, I would also like to use them to collect and provide information.

I was appointed Director of the International Medical Center in April 2016 and, although my personal background is in gastrointestinal surgery, I intend to put every effort into my new role in international medicine. I am grateful for everyone’s cooperation and support.
Characteristics of Nagasaki University Hospital
As the only university hospital in Nagasaki prefecture, we are responsible for providing all advanced medical care within the region. The number of surgeries are annually increasing. Transplant medicine is one example of advanced medicine. While currently at the forefront of efforts in Japan to successfully perform kidney transplants, we have been approved for liver transplants since 2003, lung transplants since 2005 , and islet cell and pancreas transplants since 2016.

Through visits to Kazakhstan and elsewhere, we are able to teach the skills required to perform liver transplants to doctors in other countries. Meanwhile, we actively accept international students and trainees and are currently developing medical education that befits the international character of Nagasaki.

In the field of infectious disease research and treatment, we get a glimpse into the unique historical background of Nagasaki, a former international trading post. We are proud of our prominence in infectious disease research even within Japan, with many doctors in Japan and around the world taking an interest in the research conducted at Nagasaki University Hospital.
Hospital history
In its role as a trading post opened to provide Japan’s only contact with the West through its trade with the Netherlands, Nagasaki used to possess the latest Western knowledge. As well as natural science and astronomy, this knowledge also extended to Western medicine. The other side of this international character was its susceptibility to cholera and other infectious diseases brought by Dutch ships from their passage through Southeast Asia.

Through his attempts to treat the cholera epidemic in Nagasaki, Dutch doctor J.L.C. Pompe van Meerdervoort helped to deepen the understanding of Japan’s feudal government regarding Western medicine. Pompe van Meerdervoort taught Western medicine systemically in a classroom setting and was given approval to open Japan’s first teaching hospital able to provide medical instruction during bedside examinations. Thus, Japan’s first Western-style hospital, “Nagasaki Yojosho”, was established. This facility is now Nagasaki University Hospital. Through the provision of medical education in addition to bedside treatment, Nagasaki Yojosho laid the foundation of clinical medicine and was the forerunner of today’s university hospitals in Japan. Since its establishment, this facility has produced individuals able to shoulder medical care in modern-day Japan and has contributed to the development of Japanese medicine.

In 1945, the atomic bomb dropped on Nagasaki cast a dark shadow on this shining history. The facility suffered catastrophic damage and just over 850 students, doctors, and nurses lost their lives. The hospital was beautifully rebuilt during the town’s postwar reconstruction. Using our experience in treating atomic bomb survivors, we began making international contributions to the field of radiation exposure medicine through activities such as treating and screening survivors of the nuclear disaster in Chernobyl in the former Soviet Union and providing medical support following the Fukushima Daiichi nuclear disaster.

Hospital Philosophy Nagasaki University Hospital offers medicine of the world’s highest standard, fostering fine medical practitioners endowed with expertise as well as humanity, and contributes to creation and advancement of newly-developed medicine under the healthy operation and management of the hospital. Basic Principles 1. We build good relationships between patients and medical staff based on trust, and implement medicine emphasizing humanity. 2. We implement education for medicine and dentistry based on ethical and scientific minds. 3. We promote medicine and research development of the world’s highest standard. 4. We contribute to integration of the cooperative structure for regional medicine. 5. We promote international cooperation in medicine. 6. We promote creating healthy working environment giving every staff happiness and fulfillment. 7. We promote sensible and healthy hospital management. (April, 2019)