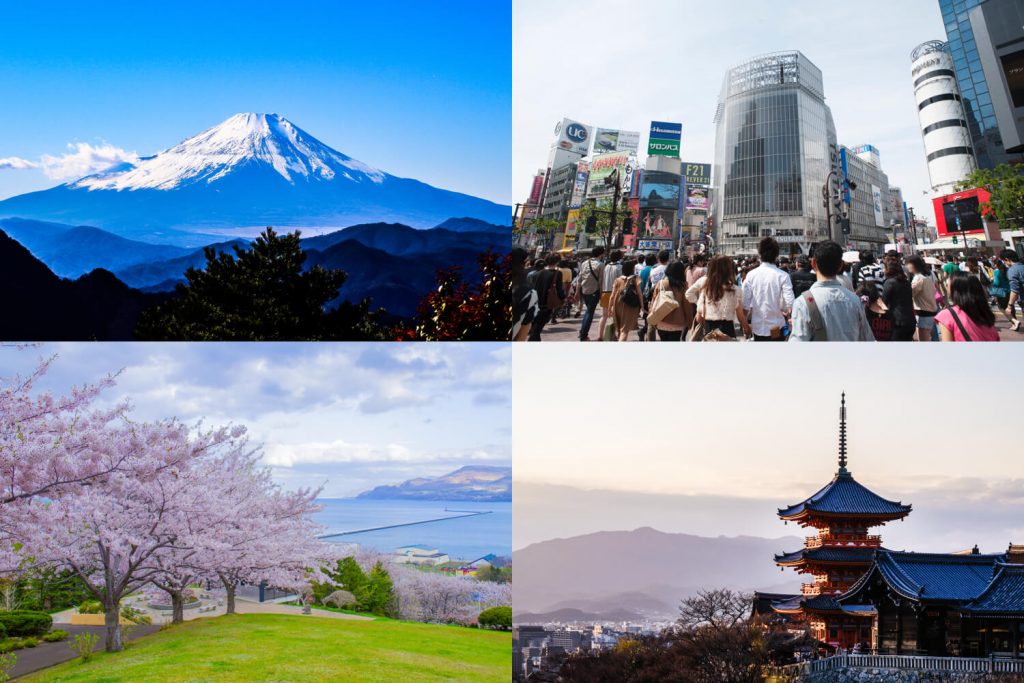 Total land area： 377,971 k㎡
Population： 126,220,000 (as of July 1, 2019) *
*reference: “Population Census” compiled by the Statistics Bureau of Japan, the Ministry of Internal Affairs and Communications
Seasons：
There are distinct four seasons, i.e. spring, summer, autumn and winter, in a year. Food and traditional way of life vary seasonally and geographically. The weather in July is hot and humid. Average temperature in Osaka in July, for instance, is 27.4ﾟC, but it will rise in the afternoon reaching as high as 30ﾟC or even higher.
Religion：
Irreligion 49.4%, Buddhism 34%, Shinto 2.7%, Others 1.1%, Christianity 0.9% (Protestant 0.7%, Catholic 0.2%)*
*reference: “ISSP Cross-National Survey 2008 (Religion)” compiled by the Institute for Solid State Physics
Language：
Japanese. Although it is not legally prescribed as an official language, almost all the people take it as official.
Currency： Yen
Time Difference：
The time difference between Japan (JST +9 UTC) and UAE (GST +4 UTC) is five hours (e.g. When it is 2:00p.m. in Japan, it will be 9:00a.m. in UAE.). Daylight-saving time hasn’t been adopted in Japan yet (as of August, 2019).
Transportation：
In most major cities including Tokyo, Osaka and Nagoya, there are quite advanced public transportation networks with buses and subways, which makes the life there fairly convenient. However, in local towns and resorts, it is often very inconvenient as taxies are the only means of transportation to get to the destinations.
Country Code for International Telephone Calls： +81