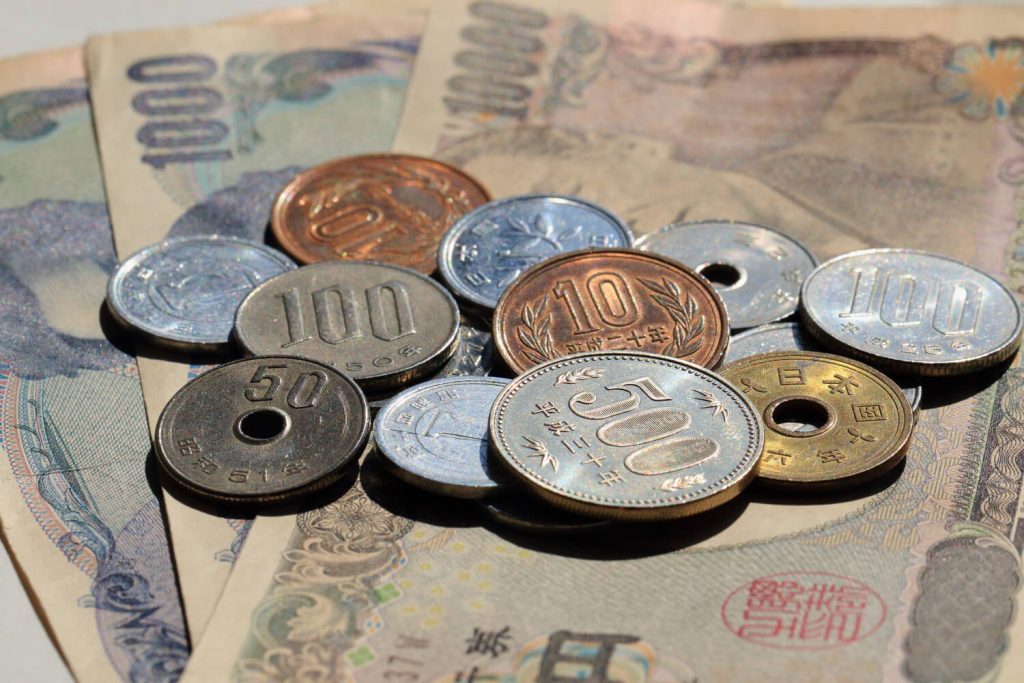 There are 6 variations for coins and 4 for bills. Yen is printed as \.

You can exchange money at foreign exchange banks and other authorized money exchangers in Japan, as well as at currency exchange counters in major international airports.
The exchange rate fluctuates daily depending on foreign currency markets.

ATMs at post offices and 7-Eleven convenience stores will allow you to withdraw cash by credit and debit cards issued outside of Japan, including Visa, Plus, MasterCard, Maestro, Cirrus and American Express cards, with ATM fascia in English. ATMs at 7-Eleven stores can be used 24 hours a day around a year.

VISA and MASTER are popular credit card brands in Japan. They can be used in most big stores including supermarkets and department stores, but in some independent stores or restaurants, they might not be accepted and you might be asked to pay in cash only.

Compared to some neighboring countries including China and Korea where QR code-based payments are getting very popular, it hasn’t gained widespread adoption in Japan yet. However, there are more and more stores adopting the QR code system for payments due to the increasing tourists from abroad.

Basically, there is no tipping in Japan. However, in some drinking spots and bars, they might serve amuse bouche, i.e. some snacks, together with drinks even when you don’t order them and they will be included in the charge. Also, in some restaurants, there might be an extra charge for servicing.