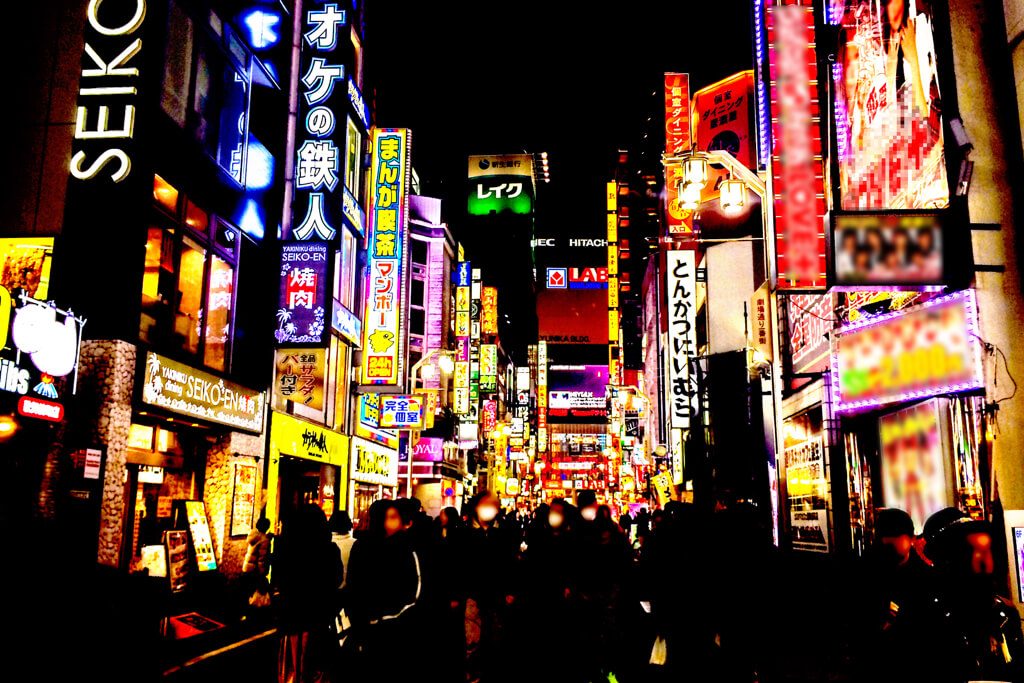 Information for Nightlife in Japan

In most big cities in Japan including Tokyo, Osaka and Nagoya, there are lots of places where you can enjoy drinking or dancing until late at night. Among them, alleyways called “yokocho” with small, retro-flavored Japanese pubs and bars are getting popular among foreign tourists.
For instance, there are alleyways called “Golden-gai” in Shinjuku and “Omoide-yokocho” near the west exit of the JR Shinjuku Station in Tokyo. They are popular among foreign tourists as they can get tasty food with fairly low prices there.

And in Osaka, there are two major downtown areas called “Kita” meaning north which coincides with an area near the Umeda station located in the north from the center of Osaka, and “Minami” meaning south which coincides with downtown area near the Ebisu-bashi bridge over the Dotonbori canal. There are lots of various eating and drinking places in both areas. However, there are some clubs and bars where unreasonably high prices are charged for only a couple of beer or drinks, considered as rip-offs, so you had better not enter those places even when their “pullers-in” say something nice to attract you.
Please note that there are almost no places where you can have halal food in those alleyways in Tokyo or in downtown Osaka. You will have to be careful when you have a strict diet custom.

Although there are many clubs and bars staying open until very late at night, there are no trains running after midnight and no buses after 10:00p.m. There are some midnight bus services, but most of them are bound for suburban areas only and even they stop running after 1:00a.m. Taxi fares in Japan cost higher than other countries and you will have to remember it when you try some nightlife experiences.
For information about nightlife in Tokyo, please refer to the following.
Music & Nightlife in Tokyo | Gigs, clubs and festivals | Time Out Tokyo
https://www.timeout.com/tokyo/music