Nagoya is a large city located in the middle along the route connecting Tokyo with Osaka. It is well-known as a hometown of a major automobile company. It is also famous for the unique gastronomic culture including “Hitsumabushi” which is chopped grilled eel on top of rice, and “Tebasaki” which is a fried chicken wing tip seasoned in their local tasty sauce. (Please note that there are almost no places where you can have halal food in the local restaurants serving these. You will have to be careful when you have a strict diet custom.)

There are lots of good spots for sightseeing in Nagoya. The Nagoya Castle is well-known for the roof-top decoration in gold of a paired fish with standing tails. The Tokugawa Museum is where you can learn about the history of the Tokugawa clan who once was a ruler of Japan known as Shogun including the Ieyasu, the first one who started the Bakufu (the government run by warriors). 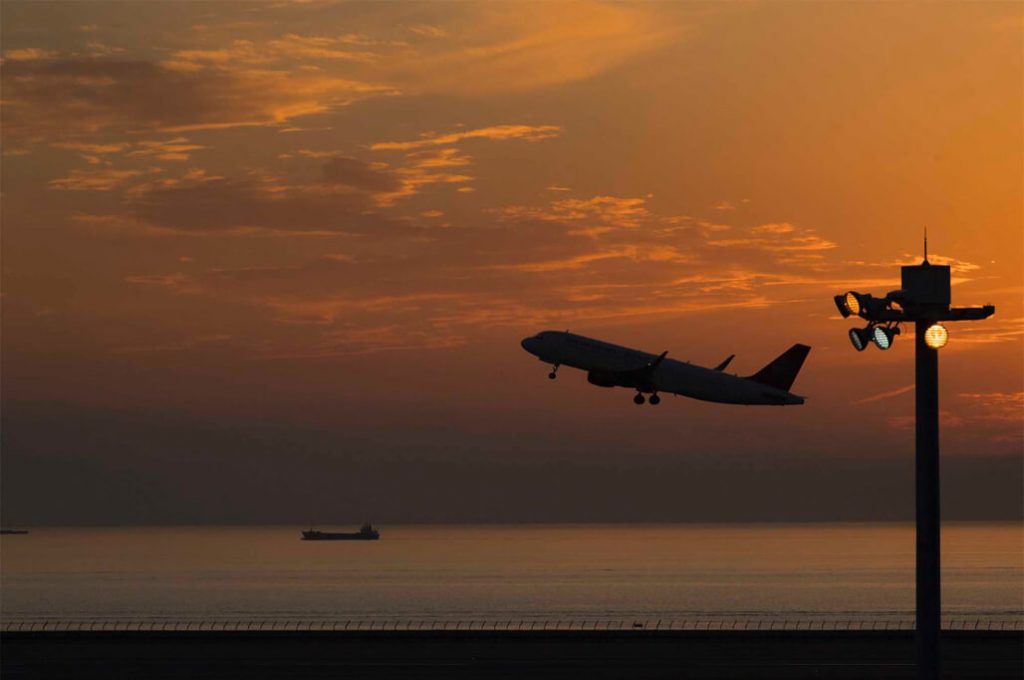 The Central Japan International Airport, a.k.a. the Centrair, is the gateway to Nagoya from abroad. There are flights leaving for and coming in from many countries in North America, the Middle East, Europe, Hawaii and Asia, which cover almost all around the world. The convenience of this airport is not only because of the number of international flights, but also fine access to downtown Nagoya. A mere 30-minute train ride will take you right to the center of the city.

More than 10 million people a year leave from and arrive at the Centrair airport. The popularity of this airport has been enhanced by the great location of Nagoya with easy access to the world heritages including Shirakawago (village with unique thatched houses) and Kumano Sanzan (three grand shrines in Kumano with the pilgrimage routes).

By train called the Meitesu Line to the Nagoya terminal station

There is a direct bus service called “Centrair Limousine” to the Nagoya terminal station and downtown Nagoya.

The travels are always up to your budget and schedule. Pick the best way and enjoy the stay in Japan. 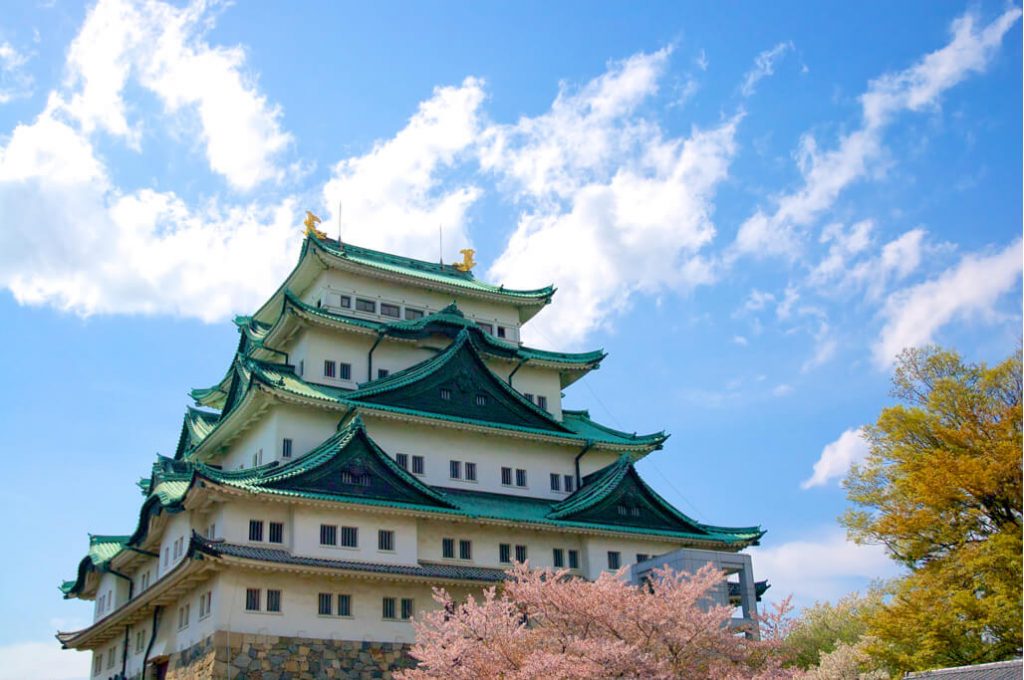 In contrast to the modern areas, Nagoya Castle is the city’s historical landmark. It is located in the center of downtown Nagoya. It is famous for “shachihoko,” the golden orcas that adorn the roof of its castle tower. The castle was originally built in 1612 but was burned down during the World War II. The current castle tower was rebuilt in 1959. 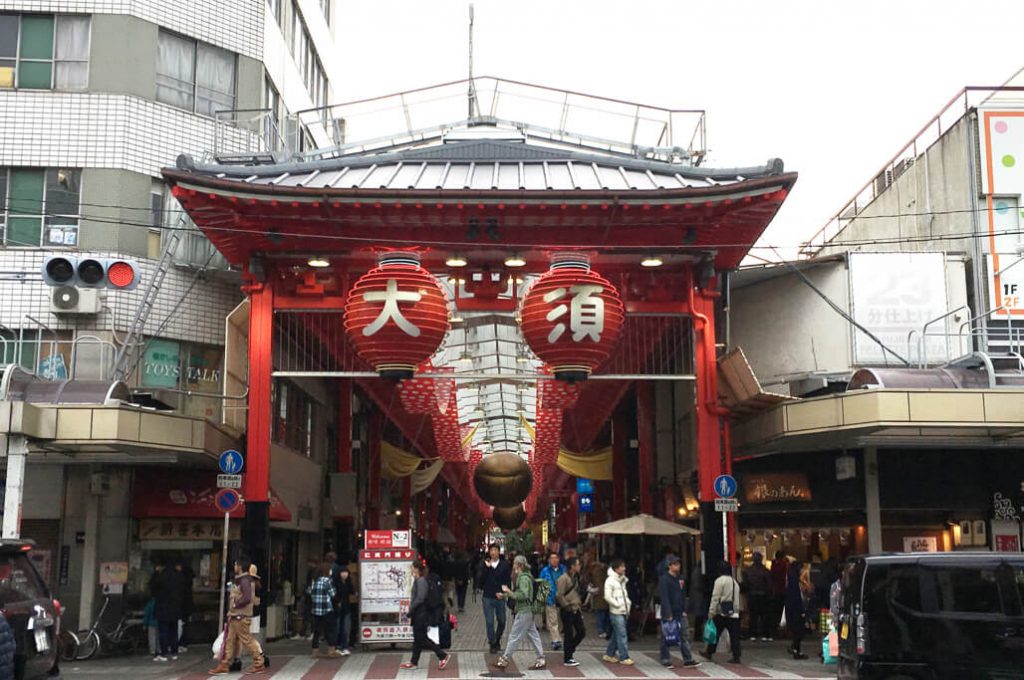 Osu syoutenngai (shopping arcade) is getting popular among foreign tourists recently.
Osu is unique in many ways. Along the arcade, there are various small stores including local restaurants, clothing stores carrying inexpensive casual clothes for young generation, stores for pop “kawaii” items, traditional sweets shops, used electronic appliance and game stores, anime stores, and so on. If you have time, you should enjoy walking along the arcade feeling the traditional atmosphere of Nagoya in here. The Osu Kannon temple located near the arcade is also recommended for a visit. 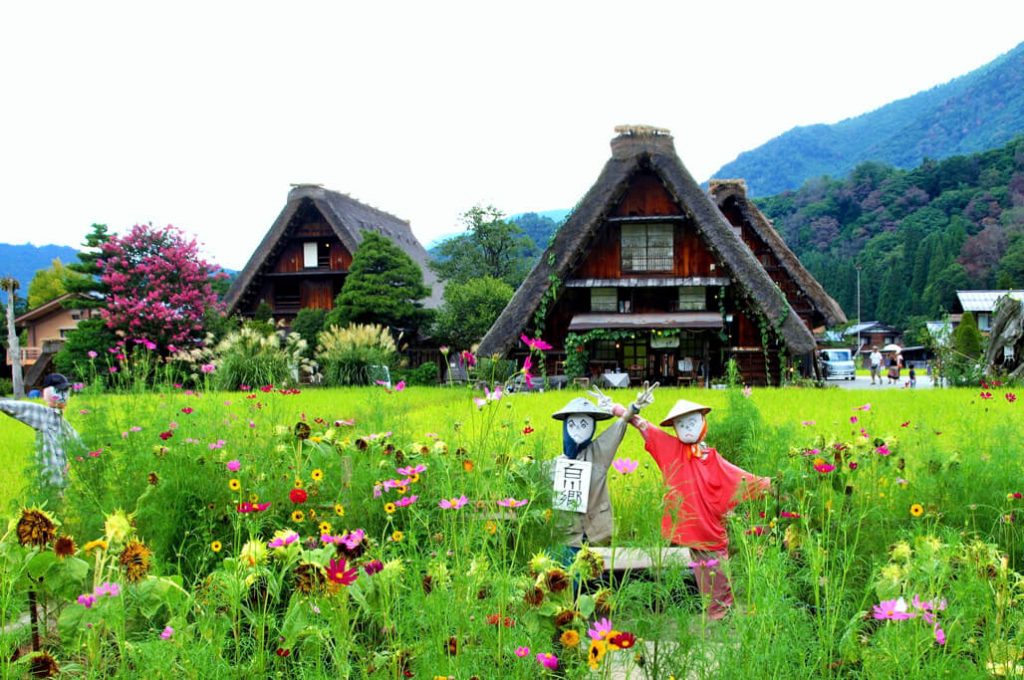 Shirakawago is a village located 2-hour-bus-ride away from Nagoya. It is the best known for the unique building style of the houses there. It is called “gassyozukuri,” a very traditional style with a big thatched roof. This village is one of UNESCO’s World Heritage Sites and is getting popular among foreign tourists recently.